Wow, it’s been roughly half a year since my last update. It looks like there are still people who frequent my blog, so thank you for not giving up on me! These past few months have been a wild ride, but I’m doing better and am hoping to get back to blogging…and life in general. Here’s what’s been going on:

Back in 2015, I was diagnosed with Chiari malformation. In a nutshell, it’s a condition where the cerebellum extends outside the opening of the skull into the spinal canal. In my case, this was due to being born with my brain being too big for my head. Symptoms typically don’t manifest until adulthood and for me include shooting head pain when bending over or straining. Through lifestyle changes (basically not being as active), I was able to manage my symptoms and avoid surgery.

Fast forward to mid-2018, when I noticed tingling in my hands. My doctor sent me to get a follow-up MRI where I received some unsettling news. In the three years since my diagnosis, I had developed a new condition called syringomyelia. Basically, there was now a fluid filled sac, or syrinx, in my spinal cord. As usual, the only treatment was surgery, which my surgeon now recommended because leaving my syringomylia alone could result in complications such as mobility issues, permanent damage, and paralysis. After consulting with my family, friends, Chiari malformation support groups, and two other neurosurgeons, I opted to have surgery as soon as possible.

Surgery involved three things: 1) craniotomy (making the opening of my skull bigger), 2) duraplasty (adding a patch to the tissue covering my brain), and 3) cervical laminectomy (removing a piece of bone that covers the spinal cord). The purpose of this was to make more room for my brain. From the perspective of a neurosurgeon, it was a routine surgery which was described to be as “brain tumor surgery without the tumors”.

Since you’re reading this, it’s safe to assume that I survived the surgery. Thanks to medication, my pain wasn’t as bad as expected and I was walking in less than a day. In fact, the hardest part of recovery was the post-surgery nausea and having to use a bedpan for a day. Later, it was dealing with aseptic meningitis (the less scary kind) and having to be on steroids for several weeks. The side-effects from the steroids were awful and I’m still recovering from the weight gain, mood swings, and massive acne breakout on my neck.

Medical leave has been good to me. I’ve spent the past few weeks at home with my family eating food, watching TV, knitting, and being thankful to be alive. While I don’t have to go back to work for a few more weeks, now I feel it’s time for me to be a little more productive. That includes working on this blog! In the next few days, I’ll try to work on reviews I’ve been neglecting and coming up with a list of gift giving ideas. Hard to believe it’s already the holiday season!

I’d like to thank my parents and husband for taking care of me, my family and friends for their support, and the medical professionals who saved my life! I know I still have a long way to go, but let’s take this one day at a time!

How to Start a Beauty Blog and Make Money 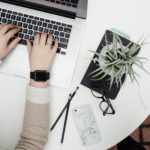 Lipstick on a Piggie is a participant in the Amazon Services LLC Associates Program, an affiliate advertising program designed to provide a means for sites to earn advertising fees by advertising and linking to Amazon.com. For more information, please see the Disclosure Statement. Thank you for your continued support of this blog!